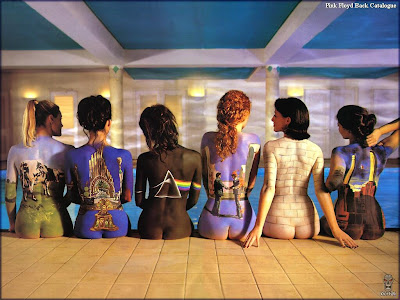 Many claim that Bill Haley's Rock Around the Clock was the first song of rock and roll. Since that time, many songs have been written under the genre of rock and roll. But what are the top five rock and roll songs of all time? There are as many opinions as there are songs. Some might argue for Stairway to Heaven or Comfortably Numb, or what about Satisfaction? According to Rolling Stone Magazine, the top 5 songs are far from what I think the average listener would pick. These are great songs no doubt, but would you pick these as your top 5??

Otis Redding wrote "Respect" and recorded it first, for the Volt label in 1965. But Aretha Franklin took possession of the song for all time with her definitive cover, made at Atlantic's New York studio on Valentine's Day in 1967. "Respect" was her first Number One hit and the single that established her as the Queen of Soul. In Redding's reading, a brawny march, he called for equal favor with volcanic force. Franklin wasn't asking for anything. She sang from higher ground: a women calling an end to the exhaustion and sacrifice of a raw deal with scorching sexual authority. In short, if you want some, you will earn it.

"What's Going On" is an exquisite plea for peace on Earth, sung by a man at the height of crisis. In 1970, Marvin Gaye was Motown's top male vocal star, yet he was frustrated by the assembly-line role he played on his own hits. Devastated by the loss of duet partner Tammi Terrell, who died that March after a three-year battle with a brain tumor, Gaye was also trapped in a turbulent marriage to Anna Gordy, Motown boss Berry Gordy's sister. Gaye was tormented, too, by his relationship with his puritanical father, Marvin Sr. "If I was arguing for peace," Gaye told biographer David Ritz, "I knew I'd have to find peace in my heart."

Not long after Terrell's passing, Renaldo Benson of the Four Tops presented Gaye with a song he had written with Motown staffer Mo Cleveland. But Gaye made the song his own, overseeing the arrangement and investing the topical references to war and racial strife with private anguish. Motown session crew the Funk Brothers cut the stunning, jazz-inflected rhythm track. Then Gaye invoked his own family in moving prayer: singing to his younger brother Frankie, a Vietnam veteran ("Brother, brother, brother/There's far too many of you dying"), and appealing for calm closer to home ("Father, father, father/We don't need to escalate").

Initially rejected as uncommercial, "What's Going On" was Gaye's finest studio achievement, a timeless gift of healing. But for Gaye, the peace he craved never came: On April 1st, 1984, he died in a family dispute - shot by his father.

John Lennon wrote "Imagine," his greatest musical gift to the world, one morning early in 1971 in his bedroom at Tittenhurst Park, his estate in Ascot, England. His wife, Yoko Ono, watched as Lennon sat at the white grand piano now known around the world from films and photographs of the sessions for his Imagine album and virtually completed the song: the serene melody; the pillowy chord progression; that beckoning, four-note figure; and nearly all of the lyrics, 22 lines of graceful, plain-spoken faith in the power of a world, united in purpose, to repair and change itself.

"It's not like he thought, 'Oh, this can be an anthem,'" Ono said, looking back at that morning 30 years later. "Imagine" was "just what John believed: that we are all one country, one world, one people; He wanted to get that idea out."

Well, I can agree with the top three. But I don't think the other two would make my top 100.

What exactly is rock and roll anyway? I love all five songs, but they're all so different that I couldn't rank them against one another. What I do know is that I adore the Pink Foyd and the "Back Catalog" photo is intriguing to say the least. By the way, which one's Pink?

The name Pink Floyd comes from two obscure blues artists from the '30s. Floyd Council and Pink Anderson. Syd picks two random albums and an icon was born. Imagine if the had gone the other way? We could have had the Aderson Council Band.