Just in Time for Halloween

If you missed the World Series game on Saturday, you missed a doozy! This is the last half of the bottom of the 9th.  Full screen baby!

Posted by Fungod at 9:30 AM No comments:

Kekoa - An amazing story of a homebuilt boat lost twice!

About 7 months old here.  She has been a treat and a nice addition to our family.  Love you girl! 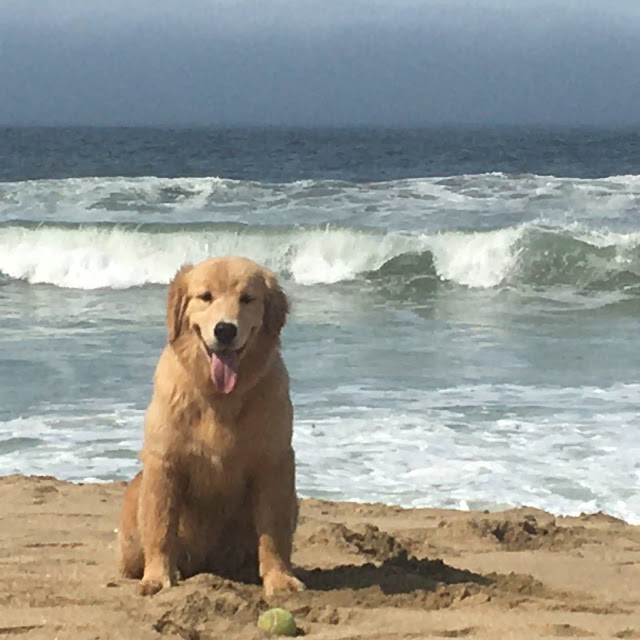 Heading out for a weekend of summer sailing!

I recently put about $5k into the interior and exterior of the boat with the experts buffing, waxing, sanding and varnishing our 2001 Jeanneau.  She looks exceptional!   Heading out this weekend for a sojourn with my best childhood friend Andy.  Not a whole lot of wind but some fine weather is forecast.  Hana will be joining.  She turns 8 months this weekend.  She has been an excellent addition to our boat. 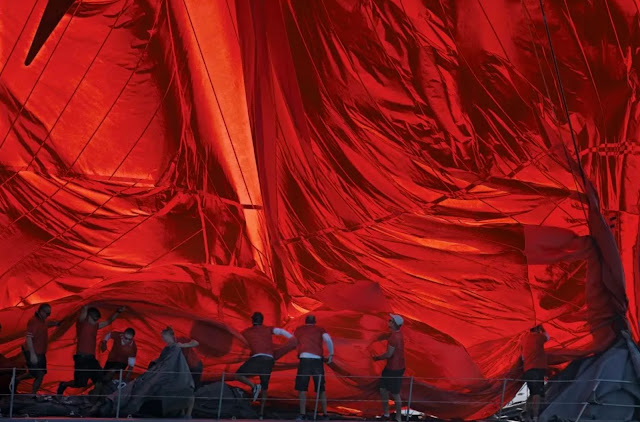 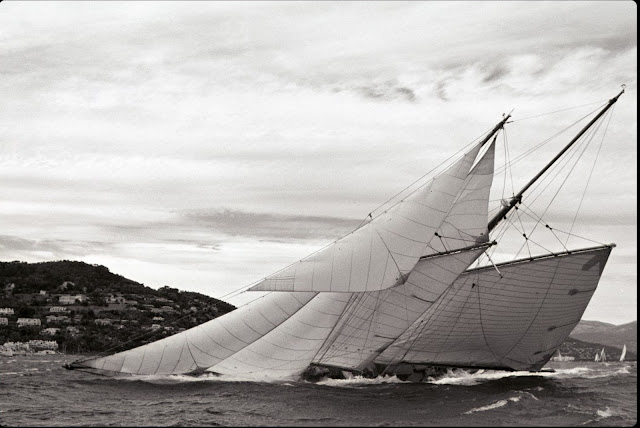 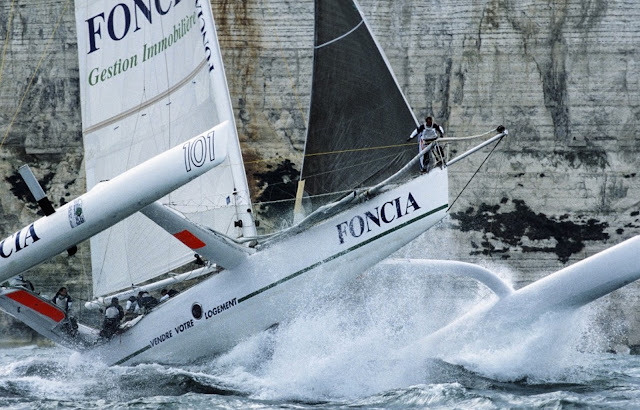 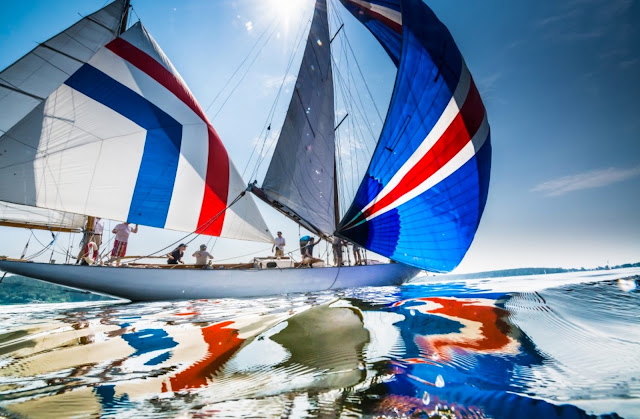 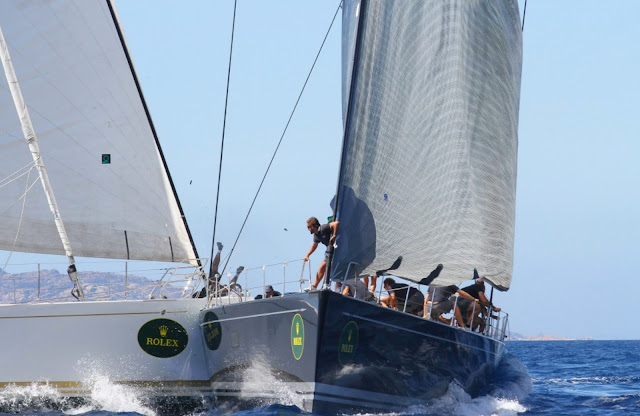 Checkout the legs in the air on the white boat.

On Wednesday, June 17, I rowed out under the Golden Gate Bridge after midnight. Almost three months later, I made landfall in Hawaii before sunrise. In between, I found myself in every nightmarish situation you can imagine, including sharks circling my boat and capsizes that nearly drowned me.

A licensed captain, I have sailed the equivalent of eight laps around the globe. In 2010 I became the 53rd woman to row the Atlantic.

The row from San Francisco to Hawaii — alone in a 21-foot fiberglass craft with no support boat — was supposed to be training. I thought of it as a 2,500-mile “half marathon” before the “full marathon” I’m planning to do next year: rowing 5,500 miles from Japan to San Francisco.

Nineteen attempts have been made to row from Japan to San Francisco solo. Only two were successful — both men, both towed the last 20 and 50 miles to land, respectively. I am on a mission to claim this last great first, not as a woman but as the first person to row land to land across the North Pacific.

My reasons are complex, but the bottom line is I set out to empower myself. I wanted to rebuild my body, my mind and my self-esteem. “If I don’t meet someone and have a baby by 2015,” I told my friends, “I am going to row the North Pacific.”

Over time I realized that I wasn’t going to meet someone and have a baby because I needed to row the North Pacific.

I set out for Hawaii in June without any fanfare. The voyage was supposed to be a fast-blast sunshine cruise once I passed the continental shelf. But the wind pushed me south and made turning west extremely difficult for weeks.
Rower Lia Ditton sits by the shoreline on October 1, 2020 at her current residence in Lanikai, HI.

Then 300 miles west of Ensenada, Mexico, on day 21, I capsized. A 40-foot wave broke into a rumbling avalanche of white water. I was thrown into the sea and my boat rolled upside down.

The water was cold, the waves huge and the boat began to settle upside down. My chances of survival were slim. I knew I needed to act immediately to maintain the inertia of the boat and threw my body on the hull. Miraculously the boat started to move and I was plunged back underwater. When I resurfaced, I tried to haul myself on deck, but there was no strength left in my upper body. I was, again, a beat from drowning. A refusal to accept this end drew every core muscle to force my body up and onto that boat.

My second capsize was 1,000 miles east of Hawaii on day 52. I was sleeping inside when a wave caught the stern and turtled the boat once again. The cabin hatch was ajar and water gushed in. “GET OUT! GET OUT!” screamed the voice in my head.

The boat did self-right, but I struggled to fall asleep during the remainder of the trip, 34 days.

“Right here, right now,” I would tell myself in moments when anxiety about the capsizes threatened to overwhelm me. I couldn’t control the future, and I couldn’t escape the environment of the past. I rowed 10 hours each day and wrote a blog for a growing audience of online followers every night. My writing became raw and vulnerable, but I never felt self-conscious. If I could verbalize what was going on in my head, I could purge some of the pressure.

I found comfort in the beauty of the ocean. On some of my toughest days, the sun shone through sheets of squally rain to draw rainbows so vivid and spectacular it was hard not to believe in something greater than myself. A troupe of 3- and 4-foot yellowtail tuna swam alongside my boat for days, while flying fish dive-bombed my boat’s deck at night.

I was alone but rarely lonely. My bird, fish and even shark visitors kept me fascinated, and I found joy in bringing these encounters alive for my followers through my blogs and videos. I travel somewhere most people will never go and see things most people will never see, and I take seriously my responsibility to share these wonders.

Having said that, I had no idea my journey was drawing an audience of tens of thousands across social media.

After 84 days, I saw land: first a Chernobyl-like mushroom cloud over the mountains, then the faint outline of a flattened potato. In the video of this moment, my voice cracks with emotion. My world had, quite literally, been turned upside down — twice — and the strain was there to see. But the voyage wasn’t over yet.

Twenty-three hours out from arriving, I realized I was going to have to row nonstop for land. As night fell, I entered the Molokai Channel a.k.a. the “Channel of Bones.” The waves were invisible in the dark and the current was driving me south, away from the island.

“THIS ISN’T HOW THIS ENDS!” I screamed.

For my team, my Believers and above all for myself, I drove through my legs and whaled on my right oar until my muscles were on fire. This was the final showdown, a battle of Lia versus the elements in the 11th hour.

I wanted to arrive wearing a bikini top — attire befitting a Pacific island. Plus I had tanned completely through my clothes. But I knew if I raised my arms in celebration, my underarm hair would become the story.
Rower Lia Ditton gets into the water on October 1, 2020 in Lanikai Beach, Kailua, HI.

It is perfectly acceptable for men to emerge from these long-distance adventures with giant beards and scraggly hair, looking like they have been marooned on an island for a year. We might be disappointed if they didn’t.

But women with body hair? The horror of it!

Ultimately, I decided to arrive in a long-sleeved shirt. But I haven’t shaved my underarms to this day.

I still have a lot to process about my adventure, but one thing I am sure of: After three months battling the sea, I care less what people think of me.

Here next voyage will be Japan to SF, a sojourn of 5000 miles!  This was just a little shake down cruise.

Never Sail During a Hurricane (or Bonehead move of the week!) 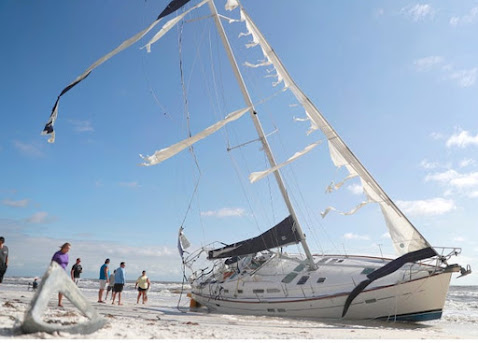 The sailors on Yes Dear were rescued twice in one week.  Hurricane Sally in the Gulf finally put an end to their ill fated odyssey with a container ship rescue.   Yes Dear is now for sale, to the lowest bidder.  Ripped sails and all.  Bene 423.

I was always intrigued by this sailing legend and now I know why.  Here was a guy with very little resources who made a huge splash in the round the planet races.  He was always working by the seat of his pants but he made it happen.  He won some races and was becoming a rock star in the sailing world.  In his quest to get to a race start in France in his radical new boat, he failed to take care of some paperwork and it had disastrous results.  Check it out on Amazon.

Posted by Fungod at 6:52 AM No comments: