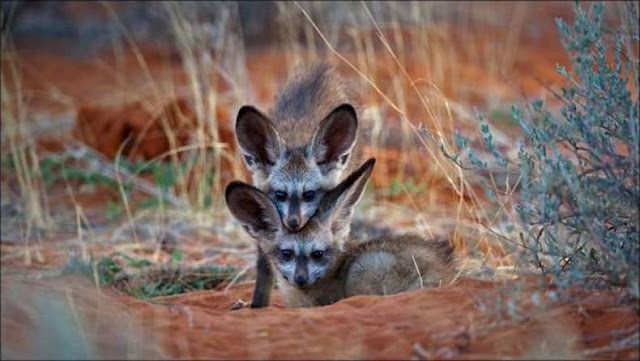 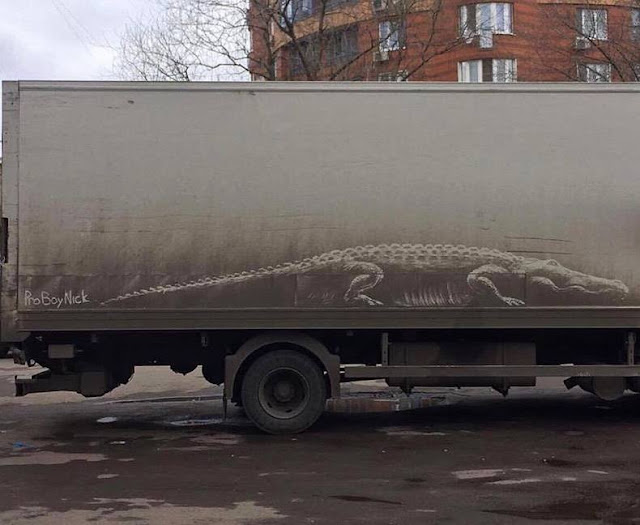 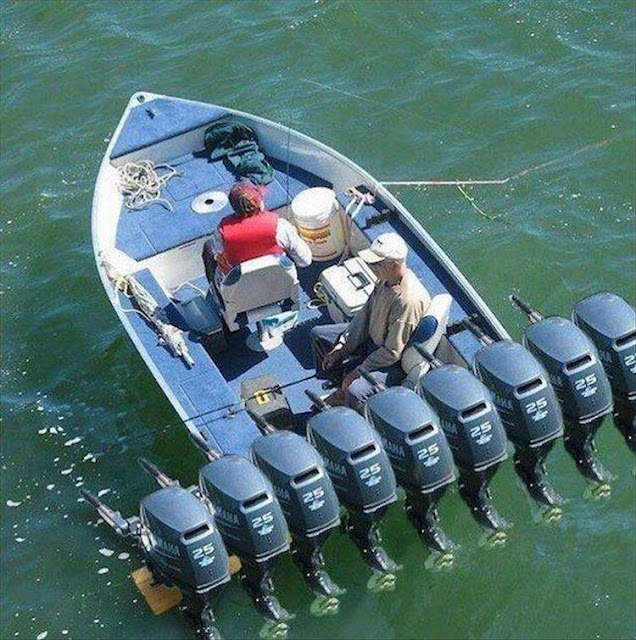 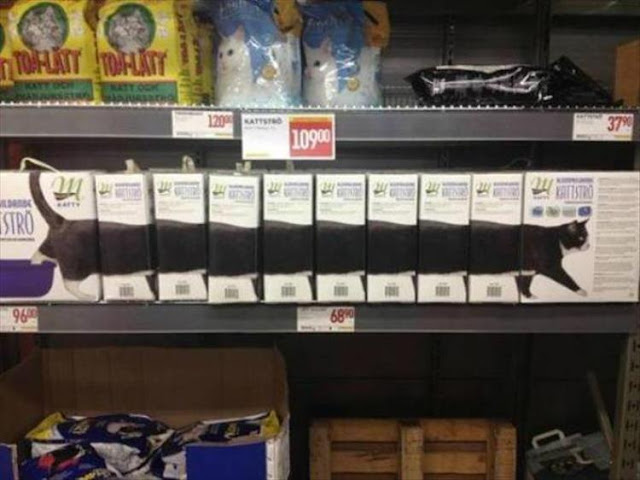 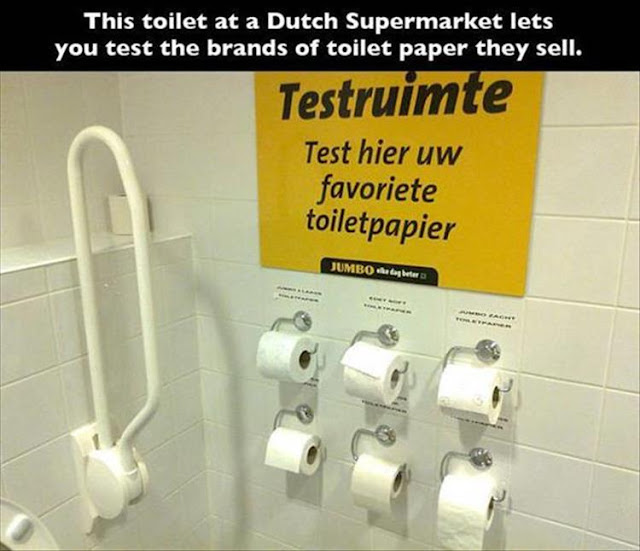 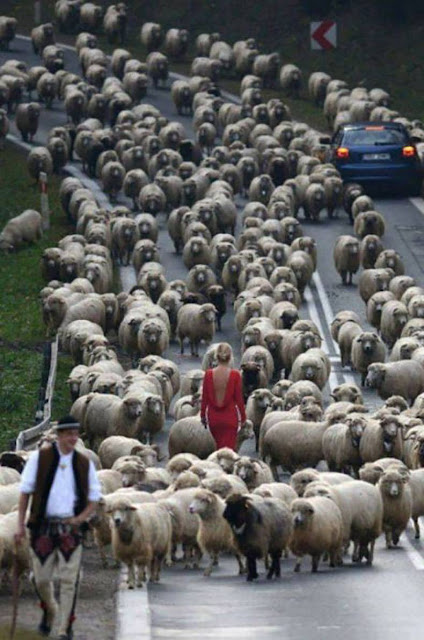 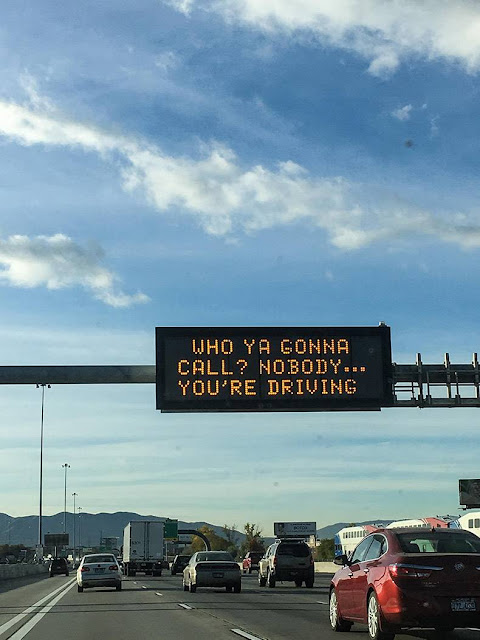 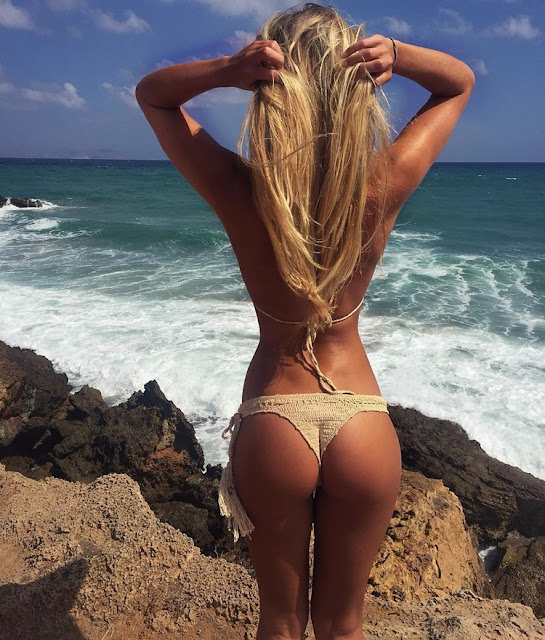 My friend Andy was in town and needed to get on the water for the weekend.  We headed up to the boat and hit the water about 3pm.  It was 18-20 out there and we were excited to take Aquarius out for a spin.  We spent a few hours getting out into the best part of the bay.  It was a great sail and one we did not want to end.  We came in as the sun set with big grins on our faces.

Saturday, we had a crew of Mike, Mike, Andy and Tex.  It was light to start but built into the 20's.  The winds built into the mid 20's and we took lunch at Clipper Cove.  Kona needed a break and we paddled over to the beach.  Kona just loves romping around and fetching the stick.  Back at the boat, we head out once more.  Back at 5 for some Halloween activities and our first BBQ on the boat.

Sunday was the best day.  Winds were a little lighter but in the mid teens.  Andy, Tex and I headed towards the city front for a long tack to Angel Island.  The music was just right as was the convo.  We found a slip and also found some water in the v-berth.  I cleaned that up and found the issue.   We headed to the picnic grounds for some Bocbee.  That's a game where we play Frisbee Golf and Bocce at the same time.  Very fun.  We hit the water once last time for the run home.  Out of the lee of Angel and we take off for a nice run home.  What a great weekend of sails.  I am loving the new boat!
Posted by Fungod at 8:25 AM No comments:

With high winds and a prop tangled with lines, chaos ensues.

Panerai CEO Angelo Bonati first spotted the ketch Eilean in Antigua in 2006, poking out of the mangroves in the island’s English Harbour.
The 72-foot boat was rotting, rusted and worm-ridden; termites had polished off its two masts. The ship had, he admits, “clearly seen better days.”
A keen sailor, Bonati noticed an unusual emblem carved onto the Eilean’s hull: a dragon. He immediately recognized it as the crest of William Fife Jr., the Scottish luxury yacht builder who is legendary among sailing connoisseurs for the caliber of his vessels.
“When I saw the well-defined dragon, I realized this was a Fife,” Bonati tells Alexa. “It was still recognizable, despite the boat’s poor general condition.”
Smitten, Bonati grew even more intrigued as he began negotiating to buy the foundering craft. He learned it was built in 1936 — the same year Panerai undertook its first oceangoing endeavors, creating special prototype watches for the Italian navy on the eve of WWII.
The boat was also featured in Duran Duran’s video for “Rio,” which was shot in Antigua in 1982.
Yet after a ferry collision in 1984 and a string of bad luck, the Eilean barely resembled the slick craft from the “Rio” shoot. Rehabilitating it, Bonati knew, would be an arduous, expensive task.
“The vessel was undoubtedly in poor condition,” he recalls. “But [I realized] it would be possible to restore her while preserving a substantial part of the original materials.”

He entrusted the project to one of the world’s foremost shipyards, in Viareggio, Italy, on the coast of Tuscany. There, master craftsmen at the Francesco del Carlo boatyard worked painstakingly on the ship’s composite Burmese teak planking and zinc-plated metal skeleton, using a single tree from Alaska to bolster the bowsprit, boom and mizzenmast.
It took 40,000 hours, but they were able to return the Eilean to its former glory as a handsome ketch that had easily made 36 Atlantic crossings.
After an official rededication ceremony and relaunch at the Italian navy’s facility at La Spezia — Fife’s descendants were on hand to cheer it on — the ship miraculously returned to the racing circuit in 2009.
These days, the Eilean serves as the anchor of Panerai’s 12-year-old Classic Yachts Challenge and is sometimes used by nonprofit groups for sea-related therapeutic initiatives. Bonati most recently raced it last month, in the Régates Royales, once again putting wind in its sails. 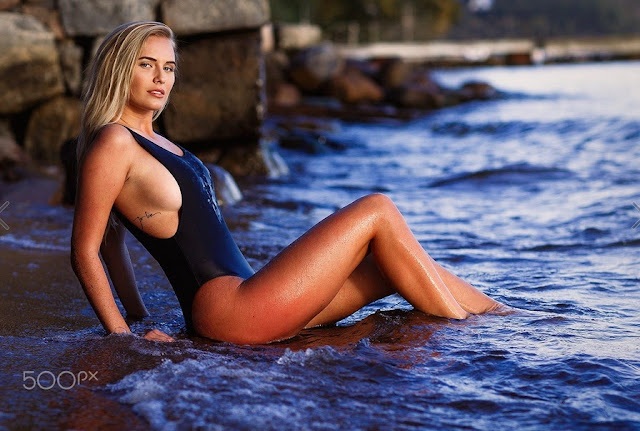 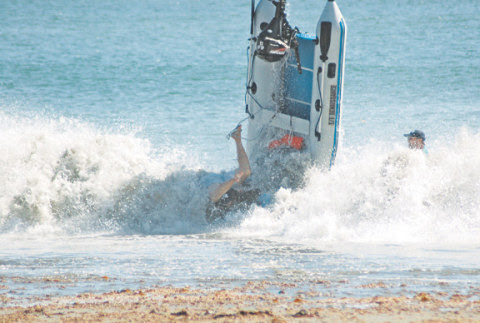 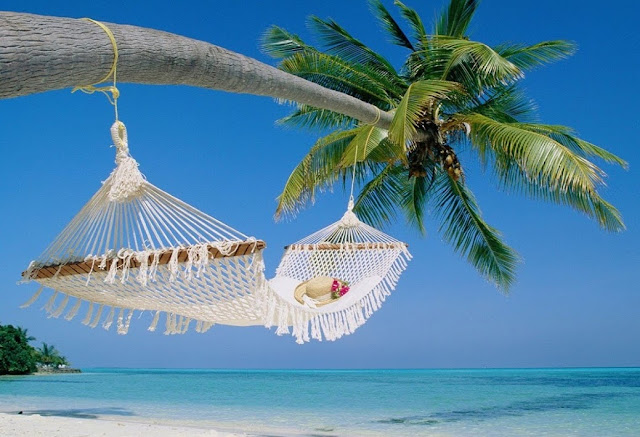 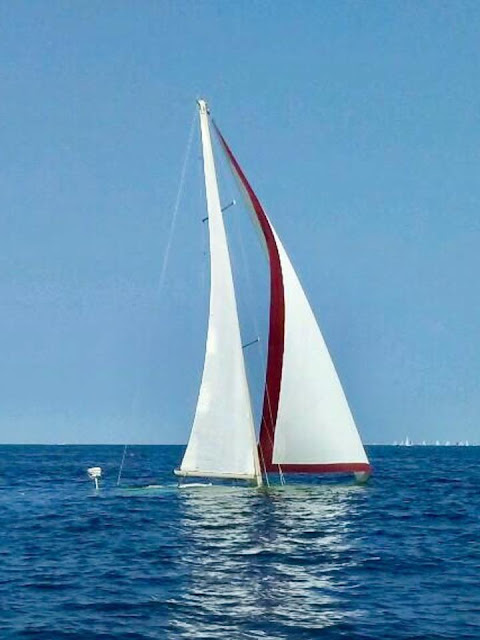 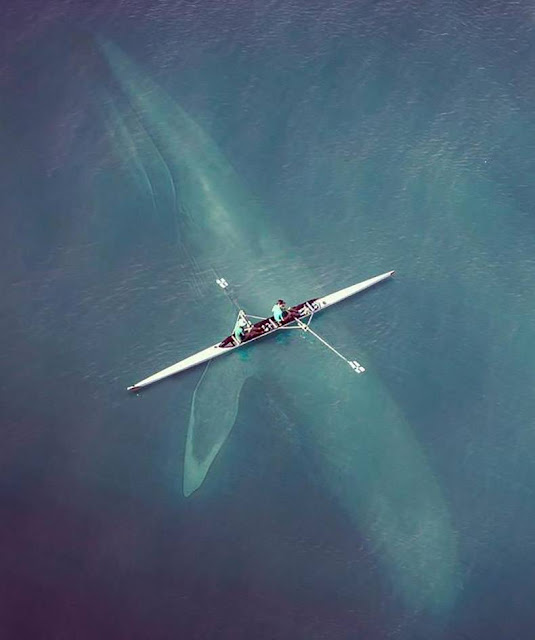 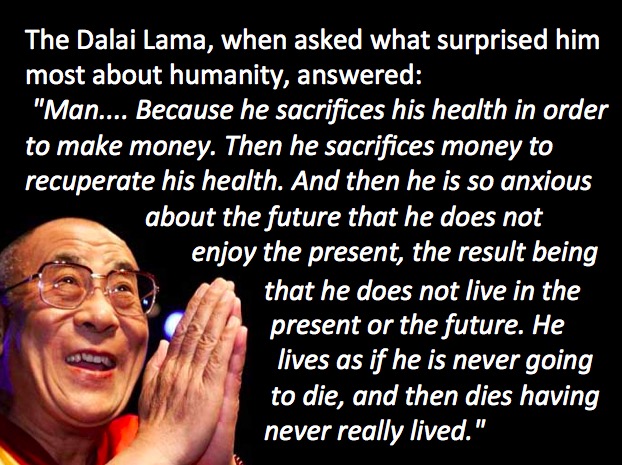 Had some light wind sails over the weekend with a boatload of friends.  Swimming with Kona to two different islands.  And more Champagne aboard our new to us yacht!  She is a beauty!
Posted by Fungod at 8:25 AM No comments:

From the Archives - Must See Vid

PIcs of the Week - Sail Only 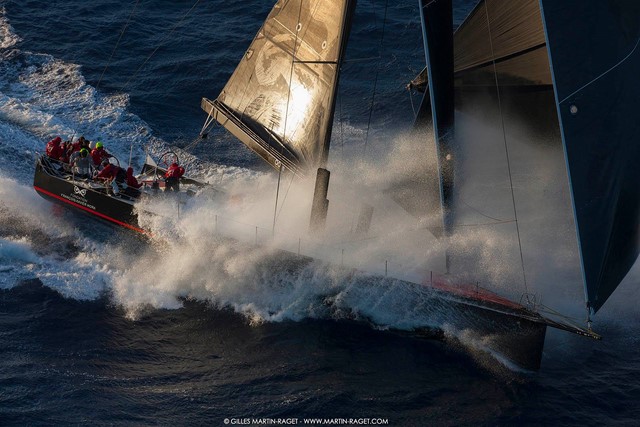 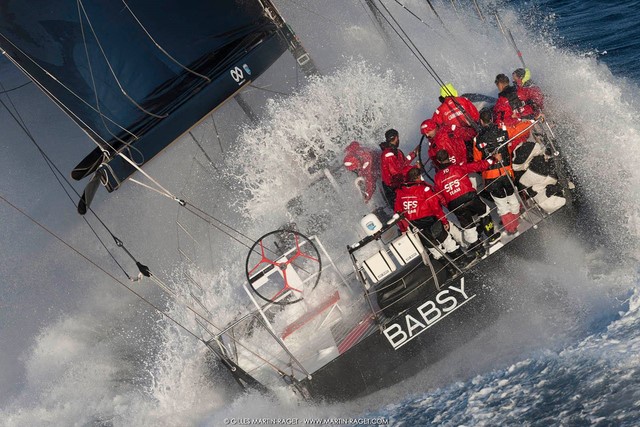 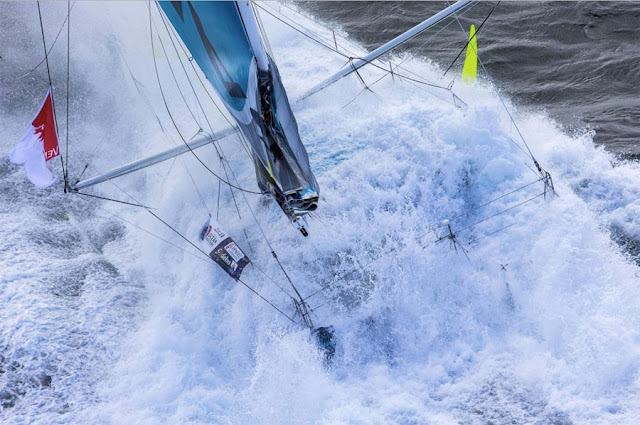 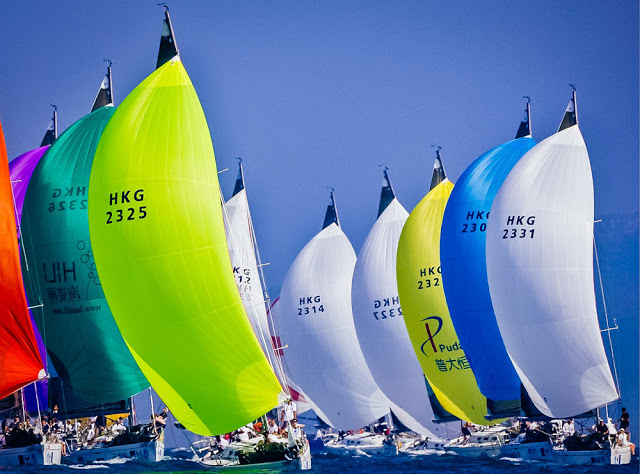 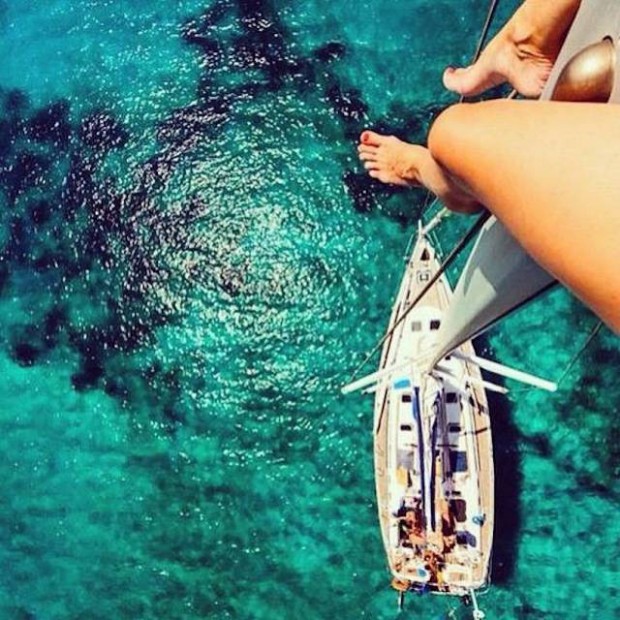 Heading out today with a big crew on the new boat!  10-20 and a bit smokey from the fires.  Hope you are hitting the water as well.
Posted by Fungod at 8:22 AM No comments:

I have had three sails on Aquarius and all have been amazing!  Yesterday we took out our best friends, Frank and Leslie.  Hit the water in a strong 18 knots and we were flying.  French Champagne was consumed on our French yacht!  I am one happy sailor!  We will sail her for the next few months and then get her to the yard and add some cruising gear.  10 months and 28 days until we depart for OZ!!! 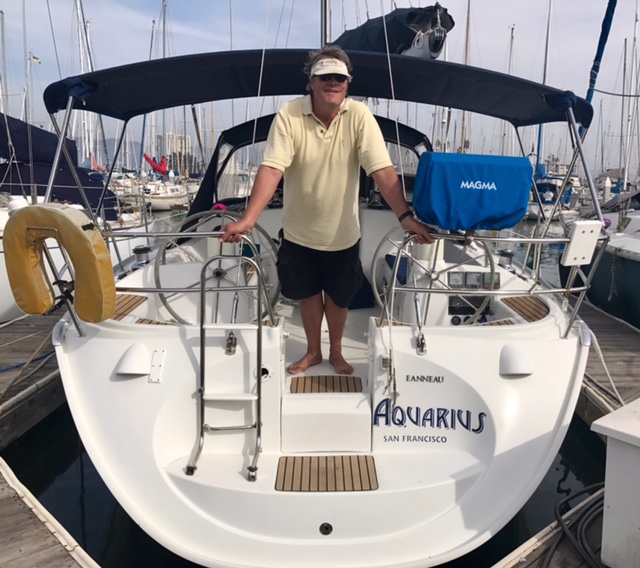 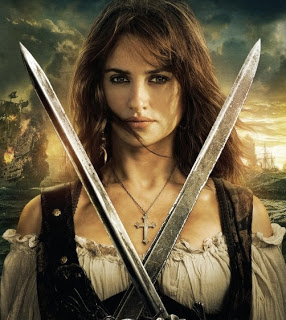 Just before the Haha a few years ago, I attended a seminar on cruising in Mexico.  The topic of pirates came up and the folks putting on the seminar said piracy was very rare in Mexico.   However, the conversation continued and the subject of guns was discussed briefly.  Everyone agreed that this was not they way to go as there are so many problems with checking in and out of countries and declaring that you have a gun.  Alternatives where discussed and this is where it got interesting.  The lecturer brought up an idea I had never heard of.  He said the best non lethal defense was wasp spray.  What?  Yes, wasp spray.  The cans are highly pressurized and can shoot 20 -30 feet in a long precise spray.  Legal, non lethal and very disabling when you get someone in the face.  They will immediately jump in the water.  Hopefully, you will never need to use this tactic, but I wanted to share this idea and see if there are any other thoughts from other cruisers.  Send me a note!
Posted by Fungod at 9:11 AM No comments:

Biggest Weekend of the Year on the Bay!

This week is Fleet Week in SF.  The Navy is putting on a show and everyone is invited.  All sorts of aircraft will fly over the bay from 12-4 for the next 3 days.  The highlight is always the Blue Angels team.  It's going to be beautiful 80 degree weather and sunny skies.  I have a boat load of friends joining me for the festivities on Friday.  Couple of friends from the Baja Haha as well.  This will be my first group sail on our new boat and one of many.  Over the next 2 weekends, we will take out close to 30 folks.  It's going to be amazing.  Be careful out there! 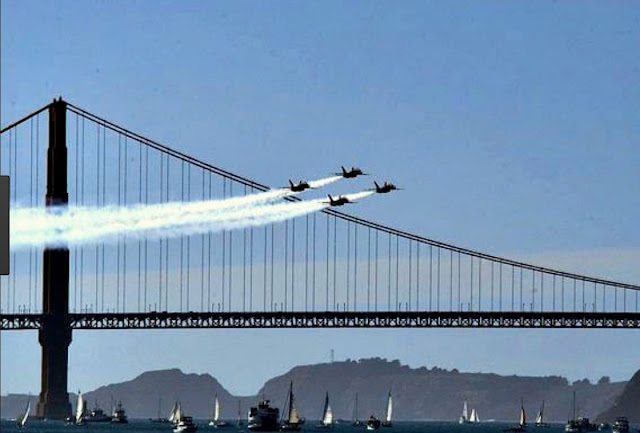 Posted by Fungod at 7:23 PM No comments:

The Girl Next Door

Big weekend!  I finished up my events (I am an event planner) for the week and the new boat was waiting for me in Sausalito.  I headed up about 8pm on a beautiful evening.  Loaded the boat and introduced Kona to the boat.  We hung out in the cockpit and enjoyed the moon and some great tunes.  In the morning, I met up with Tex and off we went by 11am.  The wind was building as we sailed across the slot with the Golden Gate Bridge gleaming in the sunlight.  We headed down the city front towards the ballpark.  We docked for a few minutes so Kona could have a walk.  As we returned to the boat, I had a fall as I was boarding.  Luckily I only scraped my elbow.  This boat is alot higher than the Addiction.  As we turned around to head out, Kona fell off the boat!  In over 500 sails he has never done this.  We got him on board quickly with no harm done.

We continued down the coast in an 18 knot breeze.  Full sails up and we are hitting 8-9 knots consistently.  We are loving this boat!  We head up thru Racoon and all the way around Angel.  Now it's time to head to our old marina and Aquarius' new home.  We pull in to the slip with no issues.  I look across the fairway and their is my other favorite boat: Addiction!  What a great day and one of many we will have over the next year on the bay.  In September 2018, we head to Australia! The dream is beginning to unfold! 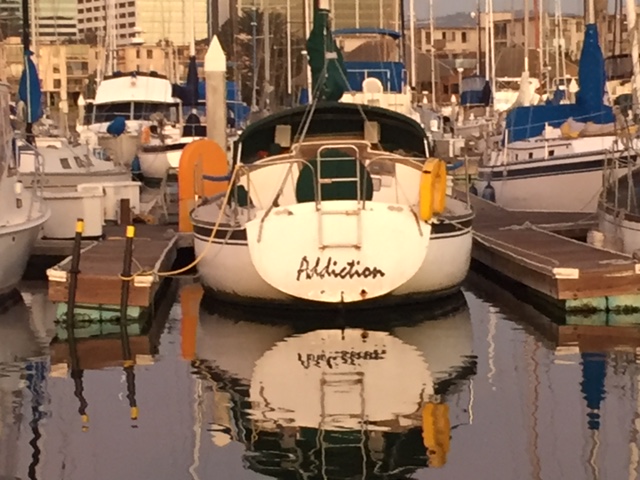 Posted by Fungod at 9:29 AM No comments: