Bonehead Move of the Weekend 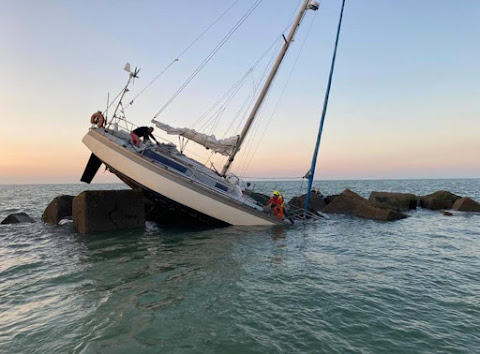 If we rock her back and forth we might get off the damn rocks!

Posted by Fungod at 9:12 AM No comments:

New Movie: The Race to Alaska

The brain trust that started the R2AK has now released their own documentary on the 700 mile race.  I just watched it from the Port Townsend Film Festival online.  It was a great film and one I highly recommend.  I love this race because of the challenge, danger and ingenuity that must be employed just to finish this race.  The first rule is no motors.  The second rule is that you are on your own if you get in trouble.  We have everything from Hobie 16's, paddle boards, rowers, cats, tris, and many others.  The race starts in Port Townsend, WA and finishes in Ketchikan, AK.  The racers can encounter currents of 15 knots in some areas, gale force winds, huge logs, and no wind at all.  I have no interest in doing a race like this, however, I love the spirit and the courage it takes to complete a race such as the R2AK.  This years race did not happen but hope is high for 2021.  Trailer below.

Go to the Port Townsend Film Festival website to watch, $12.  Worth every penny!

Posted by Fungod at 9:07 PM No comments:

The Maxi is preparing to challenge the Jules Verne Around the Planet record of 40 days (23 hours and 30 minutes), is the exact time to beat if the crew
of the Maxi Edmond de Rothschild is to topple Francis Joyon and IDEC
Sport, the current record holders. It’s also the time that Gitana Team
has left before it officially commences stand-by for its first attempt
at the Jules Verne Trophy. Indeed, from 1 November, it will be all
systems go to take on the challenge of the round the world record under
sail, which the skippers of the latest addition to the Gitana fleet
describe simply as the outright round the world! However, this same date
will herald the start of a new ‘race’ to pinpoint the optimum weather
window to extract themselves as quickly as possible from the Breton
coast and, on a larger scale, the North Atlantic.

“A round the world is no mean feat and there’s a very strong human
dimension in this exercise. The fact that we’re one of the first of this
generation of flying boats to take on this record inevitably adds a
sense of adventure to our story”, admits Charles Caudrelier.

Well-versed in crewed round the worlds, notably with two victories to
his credit in the Volvo Ocean Race, the skipper will however be setting
sail on his very first Jules Verne Trophy, as is the case for Morgan
Lagravière and David Boileau. The first is known and acknowledged for
his incredible feel for the helm and his acumen with regards getting a
boat making fast headway. The second is one of the mainstays of the
Gitana Team, of which he has been a part for over ten years. The boat’s
strongman, crew and an extraordinary technician, David Boileau is the
boat captain on the Maxi Edmond de Rothschild. Though they hail from
very different backgrounds, the two sailors have a number of things in
common: they both share a passion for anything that flies, they’ll both
be on watch together in the round the world and they’ll be contesting
their very first Jules Verne Trophy. So here we have the boat’s rookies
presented to you via this quick profile comparison!  Good luck and God's speed to the crew!

Posted by Fungod at 4:03 PM No comments:

Posted by Fungod at 8:55 AM No comments:

Lia Arrives in HI after Rowing for 86 Days!

She departed SF in June and after several almost fatal capsizes, she has finally arrived in Honolulu.   This is an amazing accomplishment.  Some may ask Why?  Why put your life in danger for such a self indulgent act?  As a mater of fact, another rower died trying the same thing during her voyage.  Humans are born to experience hardship and isolation.  We have an unbelievable tolerance to endure.  I was just reading about 3 boys who tried to escape boring island life so they stole a boat and were found drifting and barely alive after 51 days at sea.   Wow!  Check out Lia's site for more updates.  Currently, she is asleep at a luxury beach front hotel.  After 86 days at sea, they did not require her to go in quarantine. 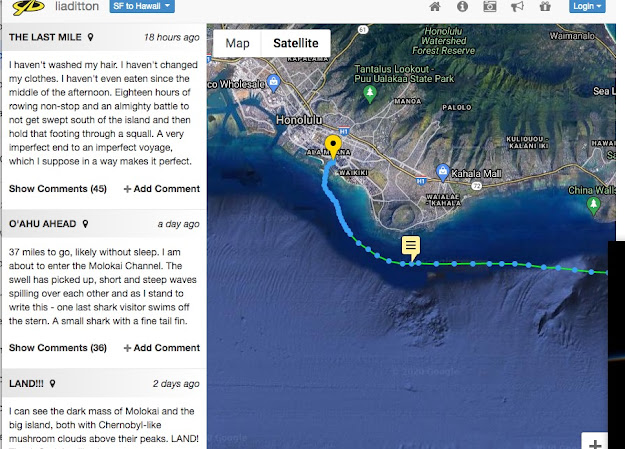 Full screen only!
Posted by Fungod at 5:28 PM No comments:

They just announced the cancellation of this years Haha.  I had hoped to help a boat get safely down the peninsula and complete my 7th Haha.  My first Haha was in 2010 aboard a quick cat.  I have had nothing but wonderful adventures sailing the coast on other folks boats.  The sojorn is 750 miles and takes 10 days with stops in Turtle Bay and Santa Maria.  The destination is Cabo San Lucas.  150 boats and 500 folks.  What fun.  You can still safely sail to Mexico and with that in mind, one of the long time participants is organizing the Nada Haha.  40 boats have already signed up!  Cruising in Mexico is permitted at this time and the folks that doing it are enjoying their time.  I will look forward to next November and hope the Haha tradition continues. 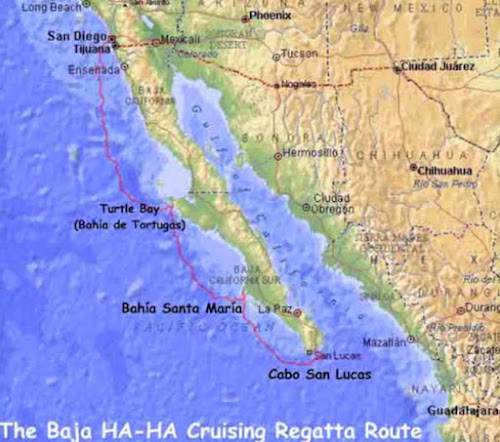 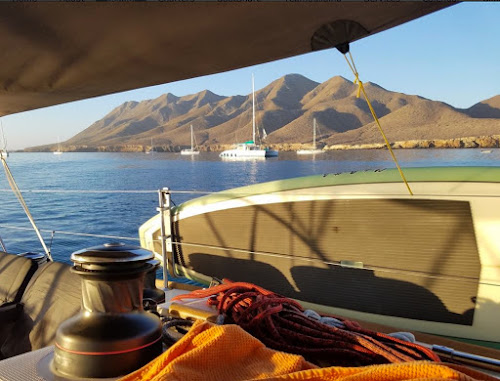 Posted by Fungod at 7:03 PM No comments: 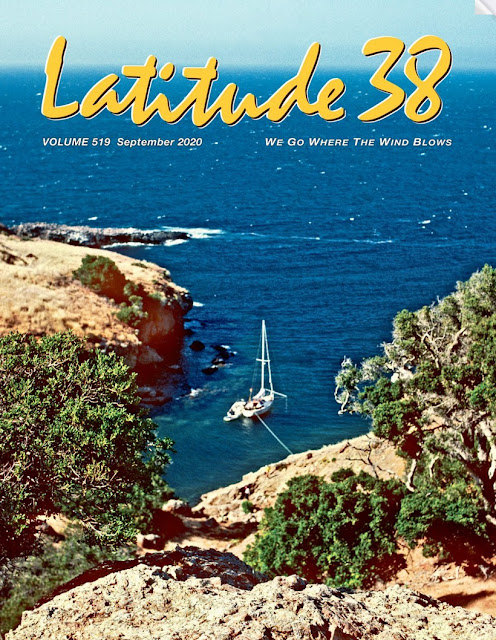 Head to latitude38.com for a free download of the West Coast's favorite sailing mag.  Hot off the press today.

Posted by Fungod at 5:28 PM No comments: